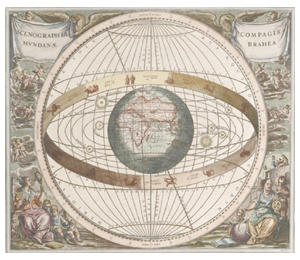 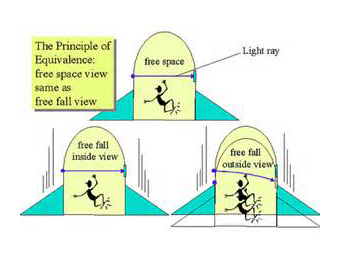 In late 2013, I was asked to give a presentation to the UN Working Group on the post 2015 development goals, and I led the discussion off with this question. Needless to say, the committee was surprised by the question and by who asked it.  However, I believe we do not ask this question nearly enough in the narrow world of capital.

Lets tell a secret that needs to be told. Much of the assumptions that we employ and claim to be true in the capital business are just convenient myths. We then apply mathematics, much of it also conveniently simple, to these convenient myths, and use them to build the structures of the business, all the while not looking too much at what goes on behind the curtain.

Do you need a tangible example? Try the efficient market hypothesis. This at its most basic is a statement about information theory. However, the value of market information is inversely proportional to the number of market participants using it – that is, the market is made as a result of information asymmetry. A truly efficient market has broad entropy and very few opportunities for profit. Yet we promote this idea heavily in our business schools and celebrate it in the public market. And beyond that, attempt to apply it in private equity.

Perhaps the flatland of the efficient market hypothesis is really a very noble attempt to eliminate avarice from the market, and thereby, eliminate one of the seven deadly sins. I suppose you could argue that this makes the world a slightly better place, which at its core is an attempt to protect human value and thereby protect human rights. Really? Well, it has to be about something, because for sure, it is not about describing the actual capital market.

So I haven’t even started answering the question. But over the next several posts, I would like to try to dig a little deeper.This isn’t going to be a Dworkin vs. Hart debate on the nature of law, its just a few miscellaneous ramblings which are rolling around in my head as I work on more formal discussions on capital and development. Lets see where they go.

Remember, you can always throw your shoe at the monitor if you don’t like what I have to say…

Welcome to the ramble.

I was sitting with a good friend of mine, and he suggested that I publish some of my views on capital and on corporate development. After thinking about it for about ten and a half seconds, I realized he was right. It is therapeutic, and it offers me an opportunity to articulate some views that I have developed over the time that I have worked in corporate development, capital and strategic advisory.

Some years ago, in the middle of a fun run at a great organization with some very fine colleagues, I was felled by a rare neuro-muscular condition. It put me on the sidelines and my career, which had allowed me to work globally with some remarkable people who became my friends, was ended. My world narrowed into a day to day fight to getting back to some sort of baseline capacity.

My condition appears to have stabilized, but I truly don’t know if I will ever have anything like my previous strength.  However, I still have a host of views on private equity and venture capital, economic development, the ethics of investment, capital markets, portfolio theory, operations research, etc, etc, and of course, etc!

So now, having been forced into taking a deep breath, the plunge, I suppose. Let’s see were this takes us!